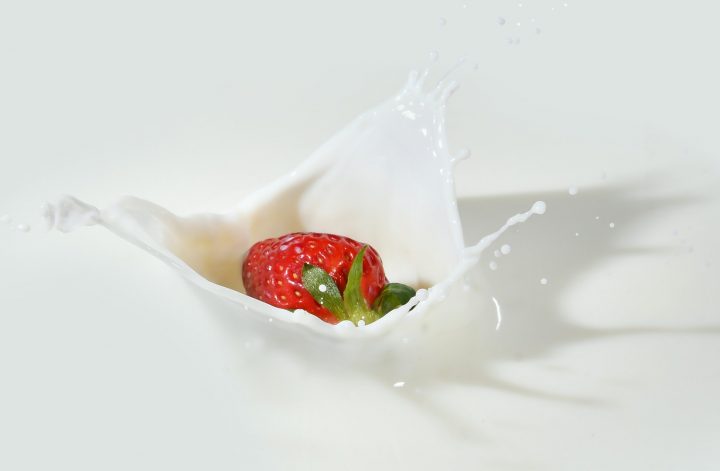 Despite the abundant agricultural resources in California, low-income shoppers have been declining in various outdoor markets in the state.

The summer’s abundant fruit is overflowing at San Francisco farmers’ markets, but many low-income people will never get a taste.

The Bay Area is home to numerous non-profit initiatives promoting healthy eating. Still, it cannot figure out how to get the locally grown food onto the plates of some of its most vulnerable citizens.

Farmers’ markets throughout the region have experienced increased visits, but some have noticed a reduction in customers using food stamps as payment.

According to Julia Van Soelen Kim, a social scientist at the University of California Cooperative, “Farmers’ markets were meant to be community spaces for everyone – they weren’t created to just cater to white, educated eaters with disposable means and day tourists.” Van Soelen Kim started a study project last summer to discover why Marin and Sonoma counties’ farmer’s markets had trouble attracting a racially and economically diverse customer base.

We won’t be able to create a successful environment for farmers or the community if we don’t make them more accessible to everyone.

The oldest farmers’ market in California, the Alemany Farmers’ Market in Bernal Heights, for instance, recently reported a drop in food stamp purchases from $50,000 in 2016 to roughly $44,000 in 2018. The market has experienced an even worse decline this year, with monthly EBT (Electronic Benefits Transfer) sales being less than half of what they were in 2016.

Attempts to encourage CalFresh or Snap (Supplemental Nutrition Assistance Program) recipients to shop at the markets through initiatives like dollar-matching incentives failed to stop the decrease. The largest non-profit private healthcare organization in the nation, Kaiser Permanente, has gotten behind the campaign and is giving patients access to farmers’ markets at the same places where they pick up their medications.

There is no better time for the farmers’ market to see a decline in low-income customers. One in four San Franciscans is at risk of going hungry, according to a 2018 report published by the city’s Food Security Task Force, which found that food insecurity is rising in the city. According to the most current report, covering the years 2015 and 2016, 50% of low-income inhabitants reported struggling to find enough food to eat, up from 44% in the previous survey covering 2013 and 2014.

According to Hilary Seligman, an associate professor of medicine at the University of California who specializes in the health effects of food insecurity, even in the produce-rich city of San Francisco, fruits and vegetables are considered luxuries. According to her, one in five homes makes no produce purchases.

According to Seligman, who also developed EatSF, a program that gives poor locals free coupons for fruit and vegetables, “people are changing the quality of the things they eat to survive here.”

To keep their food budget modest, they must substitute highly processed, calorie-dense meals with a lengthy shelf life for fewer nutrient-rich foods.

Briana Tejuco, who instructs low-income families in San Francisco on how to shop and prepare wholesome meals on a shoestring budget at the community culinary school 18 Reasons, echoes her sentiments. Food is abundant here, so we should be able to assist individuals in making local and seasonal purchases. “People shouldn’t have to stress about how they’ll extend their food budget over the month.”

According to San Francisco’s Human Services Agency, which oversees the federal food program, about 50,000 San Franciscans receive CalFresh benefits. An applicant must be unemployed or have a modest income. For instance, a family of four with a monthly payment of $4,184 may be eligible for $642.

The most vulnerable people in San Francisco are vanishing as gentrification transforms this city, and those on public assistance resemble these populations. The elderly in China make up the biggest percentage of those who get state food aid, at 22%. Among CalFresh recipients, Hispanics comprise 18 percent of the total, followed by Blacks at 16 percent and Whites at 13 percent.

And those figures include individuals who sign up for the program. Advocates for food justice claim that San Francisco’s food insecure population is underreported. Although San Francisco’s high cost of living implies that those who make the municipal minimum wage of $15.59 per hour may have a need, they are not eligible for public food aid. Residents must nevertheless meet federal poverty requirements.

Additionally, because the Trump administration has proposed to prevent immigrants from qualifying for US citizenship if they have received government benefits, classifying them as a public charge, many immigrants now completely avoid applying for public assistance. The Trump administration also set new rules last week to reduce the number of Americans receiving food stamps.

Shakirah Simley, a food justice activist and legislative assistant to San Francisco supervisor Vallie Brown, stated, “It is an incredibly essential program, but we live in a situation where many people are quite afraid even to apply.” And the unfortunate part is that they are eligible for benefits.

Other obstacles prevent many residents of the city’s low-income community from visiting farmers’ markets, even those that accept government support. Some customers claim that they frequently need to find market employees to handle their benefits.

The manager of the San Leandro Farmers’ Market at Bayfair Center is someone Starr Britt, a mother of two, says she has made a point of getting to know so that she can find him to swipe her EBT card and pay with the wood tokens that the market’s vendors accept as payment in exchange for their goods. But “it’s not that simple,” she remarked.

How one market succeeds

Thanks to its Market Match program, the Heart of the City Farmers’ Market has been drawing most EBT customers from all over the city for years. Every time an EBT user shops, Market Match, a program administered by the Berkeley-based charity Ecology Center, gives them an extra $5. It also attracts customers because of its extended hours, which are 7 am to 5 pm on Sundays, Wednesdays, and Fridays.

Although the amount is small, many of the market’s devoted patrons are happy to receive it.

When Rene McIntyre’s doctors informed her that she was pre-diabetic a few years ago, she made dietary changes. She started frequenting the Heart of the City, which is close to her Tenderloin house.

You can find out more about which cookies we are using or switch them off in settings.

This website uses cookies so that we can provide you with the best user experience possible. Cookie information is stored in your browser and performs functions such as recognising you when you return to our website and helping our team to understand which sections of the website you find most interesting and useful.

Strictly Necessary Cookie should be enabled at all times so that we can save your preferences for cookie settings.

If you disable this cookie, we will not be able to save your preferences. This means that every time you visit this website you will need to enable or disable cookies again.